Ballet in Cuba, Birth of a School in the 20th Century 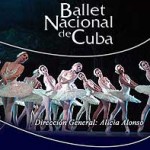 Ballet in Cuba, Birth of a School in the 20th Century by Miguel Cabrera

Cabrera writes in detail from its birth spanning six decades of the Cuban ballet, beginning with the 19th century. For the first time in Latin America has a book like this been published on the BNC, containing the company’s most significant events.

Ballet in Cuba, Birth of a School in the 20th Century

The book, which has a remarkable photographic support, is divided into nine chapters. The first three are ‘Ballet in the Colonial Cuba: a Historic Sketch’, ‘Two Landmarks in the Republic: Coppelia and Anna Pavlova’s Visits’, and ‘An Approach to the Ballet School of the Musical Pro-Art Society of Havana’.

The others are ‘The Alonso Triad’, ‘The Cuban Jewels’, ‘Maria Elena Llorente and Marta Garcia: in the Path of the Great Legacy’, ‘The Three Cuban Graces’, ‘From Jorge Esquivel to Carlos Acosta: Consolidation of a Stock’, and ‘The National Ballet of Cuba: Six Decades of Glory’.

I look forward to reading this book soon. I did a quick search for it in Amazon.com and BarnesandNobles.com…not luck.nHopefully it will be available in the near future to all ballet admirers everywhere.

To be able to “travel in time” through Miguel Cabrera’s eyes and witness the genesis of what today is known as one of the strongest ballet companies in the world should be enlightening.

If you found this article interesting, please give it a thumbs up by pressing the LIKE button and/or SHARE in Facebook or your favorite social network. Help us spread six decades of thriving Ballet in Cuba, Birth of a School in the 20th Century around the world.