Thanks to Prix de Lausanne for sharing video on YouTube.

He’s just 17 and he’s already won medals at the Sochi and Istan­bul; he was also awar­ded the Kelvin Coe Schol­ar­ship from the En Avant Found­a­tion. Julian will be the first American male to graduate from the Bolshoi Academy.

But that’s not all; his siblings (three more) are scattered around the world studying ballet  or dancing with renowned ballet companies! 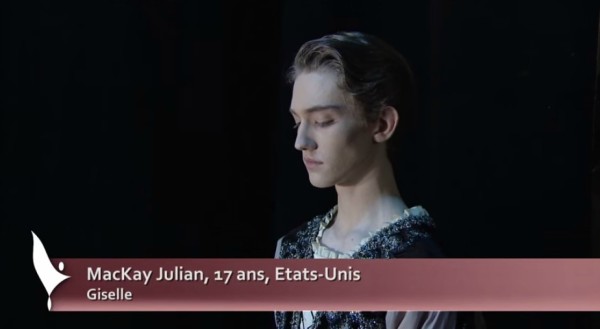 All participants, as you know, have to perform a contemporary choreography. Julian danced “Solo for Diego.” Here it is.

If you’d like to see the entire article go to Gramiliano.com.

If you enjoyed Julian MacKay’s story and his videos, sign-up below to stay connected to the world of ballet!