Paris Opera will Tour the U.S.

Hedy Weiss, Dance Critic with the Chicago Sun Times reports on the upcoming Paris Opera Tour, starting June 26. I really enjoyed her article as she provides a short but concise history of classical ballet. Then she follows with dates and cities where the Paris Opera will tour the U.S. 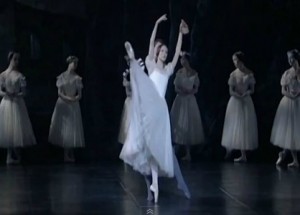 Paris Opera will tour the U.S.

First, a quick pirouette through history: Although ballet is believed to have begun in the courts of the Italian Renaissance, credit for what we now think of as the art of classical ballet must really go to King Louis XIV of France (“The Sun King”).

An enthusiastic dancer and performer himself, in 1661 he founded the Academie Royale de Danse (Royal Dance Academy) and charged it with establishing standards for the art of dance and the certification of dance teachers. Later, he appointed composer and dancer Jean-Baptiste Lully to the post of director of the Academie Royale de Musique (the Paris Opera), and out of this grew the Paris Opera Ballet, the company that now can lay claim to being the world’s first professional ballet company.

So, history alone is a crucial reason why the visit this week by the Paris Opera Ballet to Chicago’s Harris Theater for Music and Dance has generated so much anticipation and excitement. The massive company’s engagement here (the first in many decades) also will serve as the kickoff for a rare U.S. tour that subsequently will make stops in Washington, D.C., and New York.

The french company will be presenting: Giselle and three 20th century pieces: Suite en Blanc, L’Ar­le­si­enne and Bolero. Twenty-five performances starting June 26 until July 22 in three major U.S. cities, Chicago, New York and Washington, D.C. are expected to be sell outs, so get your tickets soon!

The three masterpieces of 20th century dance that comprise the mixed bill [named Epic French Masterpieces] showcase the work of three very different choreographers with equally various French roots. It is choreography that Lefevre [director of the company] says her company is “determined to keep alive.”

Here’s the entire article by Weiss.

That’s quite a variety of dance styles! Paris Opera will tour the U.S. so don’t miss a performance near you.

For cities and dates:

Where: Harris Theater for Music and Dance, 205 E. Randolph

So pirouette to buy your tickets and be part of ballet history by attending one of the performances of this world renown company.

The History of Ballet

The Evolution of Ballet