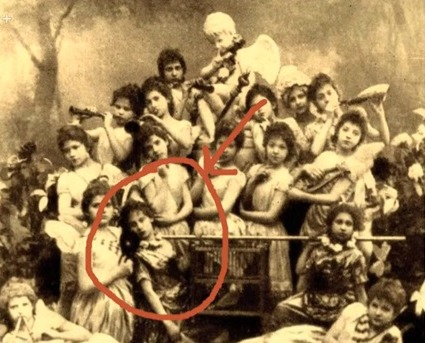 Anna Pavlova was born on January 31, 1881 in Ligovo, a suburb of St. Petersburg. to unwed parents.

Her mother, Lyubov Feodorovna was a washerwoman. Some believe that her biological father was a banker named Lazar Polyakov of Jewish Russian descent.

Anna’s mother later married Matvey Pavlova who adopted her at three. That is how she became Anna Pavlova.

Pavlova She made classical ballet popular around the world. She traveled all 7 continents and danced in many countries.

Most of the ballerinas of the time were compact and muscular.

Anna was dainty and frail looking but could move audiences with her beautiful dancing.

Anna was so impressed with the ballet that she asked her mother to take her to audition for the famous Imperial Ballet School.

The lavish spectacle made an impression on Pavlova. At the age of nine, her mother took her to audition for the renowned Imperial Ballet School. Because of her youth, and what was considered her “sickly” appearance, she was not chosen.

In 1891, she was finally accepted at the age of 10. She appeared for the first time on stage in Marius Petipa’s Un conte de fées (A Fairy Tale), which the ballet master staged for the students of the school.

Start at minute 1:13 and be prepared to be wowed!

Thanks to her touring ballet is known around the globe. We have a debt to Pavlova indeed!

Kindly “Share” this post so more friends and family can enjoy the beauty of Anna Pavlova and ballet.